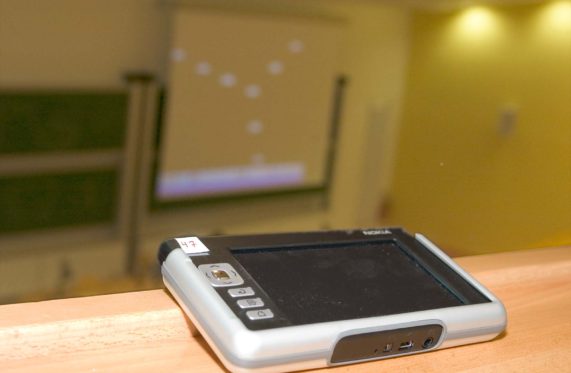 With the recent publication of RFC7939, I wrote in a previous blog entry that:

This is, to some extend, the final piece of the core OLSRv2 (the Optimized Link State Routing Protocol version 2) puzzle – which is also therefore the final piece of a 10+ years adventure of protocol development and standardization

Now that the puzzle is complete, it therefore seems a good time to make a point on what OLSR/OLSRv2 actually is. A later blog entry will dwell a bit on some of those “protocol extensions” I envisioned, when I wrote the above.

A link state protocol, OLSR (RFC3626) prototyped several innovative techniques and principles, including the concept of Multi-Point Relays (MPRs) for Flooding Reduction and Topology Reduction, an advanced neighborhood discovery mechanism for detecting and tracking link-bi-directionality in wireless environments and across multiple wireless interfaces. Some of these techniques were later revised, adapted for OSPF and included in the OSPF extension for MANETs (see OSPF for MANETs).

As such, OLSRv2 is more than just a routing protocol – OLSRv2 is the platform for Dynamic, Wireless, Ad hoc, MESH network innovation and experimentation.

A Protocol of World Firsts

OLSR and OLSRv2 have given rise to, numerous “world-firsts”, including:

OLSR being a Link State protocol, the basic concept is that Link State Advertisements (LSAs – in OLSR & OLSRv2 called TC Messages) are flooded through the network, allowing each router to compute a topology map – on which a shortest path algorithm (such as Dijkstra’s algorithm) is run so as to calculate shortest paths to each destination in the network

The “Optimized” in “Optimized Link State Routing” stems, in no small part, from the protocol’s use of MultiPoint Relays, MPRs.

Each router can then, autonomously and without any coordination, select a subset from among its 1-hop neighbors, which forms a dominating set over its neighborhood – that dominating set is the MPR set of that router.

Or, more colloquially, each router selects its MPR set from among its 1-hop neighbors such that a packet transmitted by it, and repeated by only the members of its MPR set, will be received by all 2-hop neighbors. This is signaled in next HELLO message exchange, allowing each router to know for which other routers it is, or is not, an MPR – to construct its “MPR Selector Set” (the set of routers, which have selected it as MPR).

This information is, then, used in two ways:

The advantages of this use of MultiPoint Relays, MPRs, is thus fourefold:

The resulting topology graph in each router is a partial graph, including all destinations (of course) and a subset of all links – a subset which contains the links on all shortest paths.

In addition to being “a routing protocol for MANET”, OLSR and OLSRv2 is a world-wide community, actively contributing to the protocol specification development, to proposing, developing, and specifying protocol extensions, to implementing the protocol specifications on various platforms — and, of course, to deployments of OLSR & OLSRv2. The map below depicts known deployments of OLSR & OLSRv2.

Among the experiments, uses, and deployments of OLSR and OLSRv2 are as diverse scenarios as tactical networking, emergency networking, and community networks.

Several open-source (and, of course, many many proprietary), independent, implementations of OLSR and OLSRv2 exist, a (very partial) list of public implementations includes:

During the development of the core OLSR and OLSRv2 specifications, semi-regular interoperability tests & workshops have occurred, the most structured of which have been:

The technical output of these events have been retained in the OLSR and OLSRv2 (& constituent parts) specifications.

A Flexible, Modular Platform for ExperimentationThe OLSRv2 protocol architecture is built around a flexible, modular, platform, intended to facilitate easy development, implementation, and testing of (forward and backwards compatible) routing protocol extensions. This is obtained, in part, by way of OLSRv2 defining and exposing a comprehensive protocol information base, as well as comprehensive constraints enabling and scoping protocol extensions‘ use (consultation, updating) thereof. An other important component of the flexible, modular platform is the use of “The Generalized Mobile Ad hoc NETwork (MANET) Packet/Message Format” RFC5444.This has given rise to, numerous extensions, experiments, and even world-firsts around OLSRv2:

Other ongoing extensions and experiments, enabled by OLSRv2, include: