Play the ball, not the man – or, why engineers (ought to) write in passive… 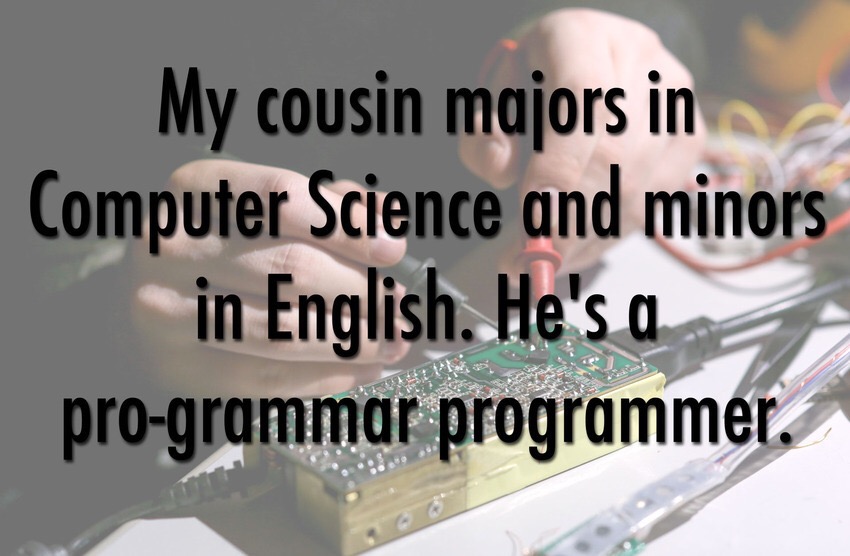 A short while ago, I was finalising a paper submission to a journal. My co-authors were one of my PhD students, and one of my former post.docs (who recently landed her first faculty position at a nearby university, which is very well deserved). My former post.doc is “of the mathematical persuasion” – and so during the ultimate editorial pass of the manuscript, the inevitable question was finally asked:

Good question, and one that it has become almost a tradition that every fresh student, and every co-author (except for one …) ask me.  And ask with some degree of befuddlement, given that literature is abound also with papers distinctly written in “active”.

I’ve thought long and hard about the different academic writing traditions. I think that I understand why at least I in my field prefer to “write in passive”. I also have a guess at why different writing traditions prevail in different parts of the scientific community.

In mathematics, at least as far as I understand the field, most work is individual: inspired by the work of others, of course, but mathematics is formulated by the individual mathematician working “with pen and paper and brains” as the tools of the trade – and with the “products” being a nice theorem, or a nice proof of a theorem, or a conjecture, or the like. Which, of course, are then checked and verified and validated independently by others, as the scientific process prescribes.

In that way, a theorem (for example) is a distinctly individual effort – there’s a certain legitimacy in identifying a theorem, conjecture, …, with a person: Fermat’s Last Theorem, of course, being the one that everybody has heard of.

With that personification of the “products” of mathematics follows a natural use of “active voice” in writing about them: “In this paper, we/I will demonstrate that …”.

Disciplines that derive from mathematics tend, in my modest observation, to follow that writing tradition.

Engineering, on the other hand, is rarely done by a single individual: bridges, buildings, machines, …, all call on very different competencies and specialisations, and their realisation not depending on just “a scientist’s idea” but also the skills of technicians and construction workers able to “take a plan and transform it into a physical object”. Perhaps as a recognition of that, an engineering products are rarely named after a single individual – the only example that I can easily think of that is named after an individual engineer is actually the Eiffel Tower.

The Henry Hudson Bridge, for example, was named after a British sea explorer (named Henry Hudson) – while it principally is credited as having been designed by David B. Steinman (who, while he designed the bridge he, of course, did not actually build the bridge wit’s his own hands alone).

LASER is not the name of a person, but an acronym for “light amplification by stimulated emission of radiation” – its development drawing from engineering and scientific contributions by a vast number of individuals. Naming the LASER after Theodore Harold Maiman (who was granted a patent to the first functioning LASER) would have ignored those numerous other contributions.

So while it seems that disciplines deriving from engineering tends to shy away from personifying discoveries, they do, of course, respect the mathematical tradition when referring to mathematical works: Dirac’s Delta Function, for example, is called by that name also when used by (and taught to) signal processing engineers. Embryonic TCP during a lab session at Ecole Polytechnique

There’s another benefit from “the engineering tradition” of not personifying a technology. Take the Transmission Control Protocol (TCP – yes, the first part of TCP/IP, which is what you’re using for accessing this site). TCP is extremely widely used – it’s also widely recognised as not being entirely adapted to the Internet of today: the congestion control mechanisms of TCP were designed at a time where packet losses were due to a queue in intermediate routers between a source and a destination being full (i.e., the router was congested) and a received packet therefore dropped by the router. In that case, the proper cause of action was to for the source to reduce its transmission rate to decrease the “number of outstanding packets” clogging queues in these intermediate routers.

Fast-forward to the 21th century where silicon is faster and cheaper (and so, routers able to move packets quicker), but where a lot of Internet access is over WiFi, subject to packet losses due to wireless interference … the congestion control mechanisms in TCP, reacting to packet losses by reducing transmission rates, might not be appropriate. TCP was invented by the brilliant American computer scientist Van Jacobson. Having the greatest respect for Van, and the greatest admiration for him and for the body of his work (including the incredibly innovative stuff he did with TCP, and which saved the Internet from collapsing), I am thrilled that TCP was actually not named after him: it allows my saying “TCP Suxx” which, while perhaps not polite, is certainly not defamatory to Van, or to any individual scientist or engineer having contributed to that protocol.

And it allows me to “criticise the work, not the person” – to “play the ball, not the (wo)man”.

I see writing in “passive”, and naming of “discoveries” after what they are, instead of after the inventor, as two inseparable aspects of the engineering tradition of “de-personifying works”:

Another way of saying that is, perhaps, that whereas mathematics deals with “absolutes and universal truths”, engineering distinctly does not.

So, computer science…modern computer science is an interesting “object”: depending on country and university, the Computer Science department it is typically a “spin off” from either the “Electrical Engineering” or the “Mathematics” department. And consequently, in Computer Science, both the “Mathematical” and “Engineering” traditions prevail – also in writing styles.

And, both styles are – of course – therefore technically correct.

I actually do not consider myself a computer scientist, although I am working in the computer science department at Ecole Polytechnique: in France, Computer Science is very much a spin-off from Mathematics – but personally, my initial “scientific exposure” was in (electrical) engineering, and I have approached computer science from that vector. I therefore bring the engineering tradition to what I write, and try to evangelise for the advantages of that style.

….and the follow-up question I always get at this point is the following:

…so when reviewing papers for journals or conferences, written in “active” what do you do?

The answer is, of course, that I am an engineer…so, I “play the ball, not the (wo)man”, and therefore comment on the scientific content only. Certainly not on the authors or their scientific tradition.