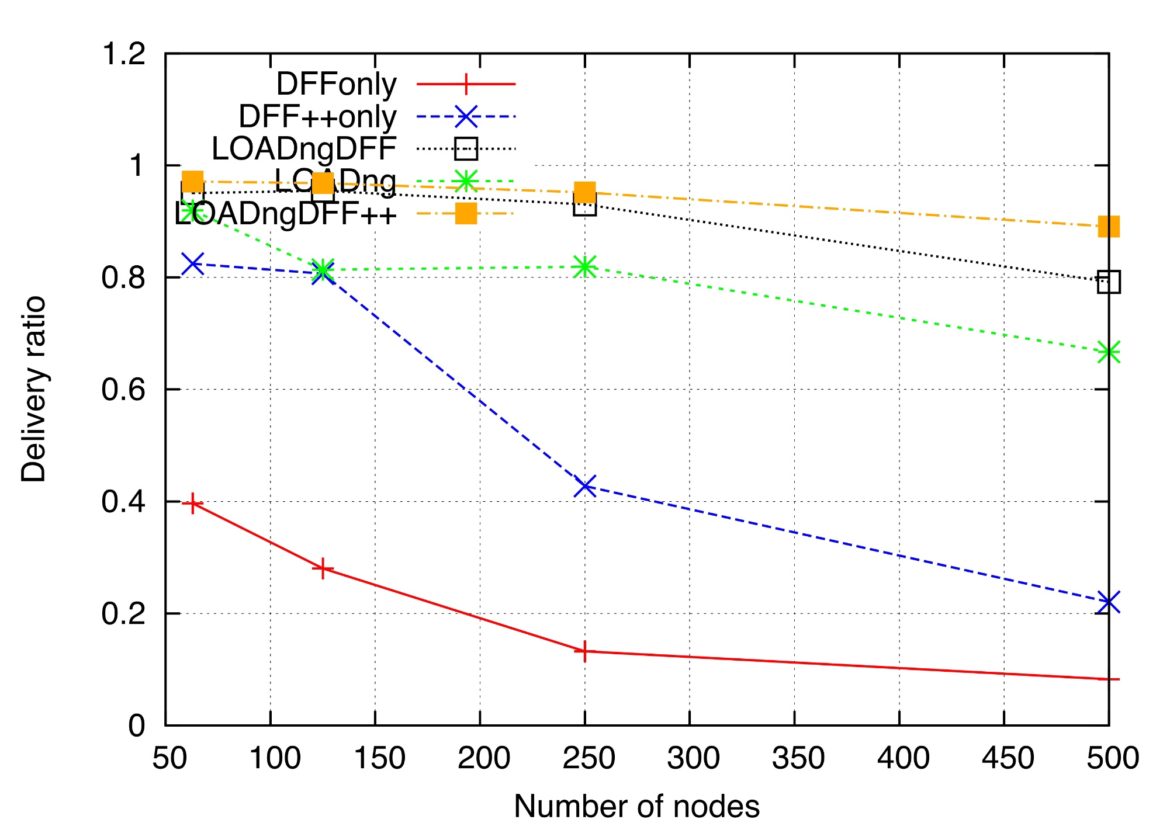 This paper introduces extensions and applications of depth-first forwarding (DFF)-a data forwarding mechanism for use in unreliable networks such as sensor networks and Mobile Ad hoc NETworks with limited computational power and storage, low-capacity channels, device mobility, etc. Routing protocols for these networks try to balance conflicting requirements of being reactive to topology and channel variation while also being frugal in resource requirements-but when the underlying topology changes, routing protocols require time to re converge, during which data delivery failure may occur. DFF was developed to alleviate this situation: it reacts rapidly to local data delivery failures and attempts to successfully deliver data while giving a routing protocol time to recover from such a failure. An extension of DFF, denoted as DFF++, is proposed in this paper, in order to optimize the performance of DFF by way of introducing a more efficient search ordering. This paper also studies the applicability of DFF to three major routing protocols for the Internet of Things (IoT), including the Lightweight On-demand Ad hoc Distance-vector Routing Protocol-Next Generation (LOADng), the optimized link state routing protocol version 2 (OLSRv2), and the IPv6 routing protocol for low-power and lossy networks (RPL), and presents the performance of these protocols, with and without DFF, in lossy and unreliable networks.