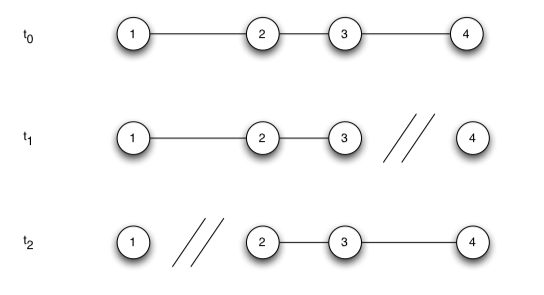 This paper proposes a simple mechanism for en- abling basic delay tolerant networking with off-the-shelf MANET routing protocols – with the objective being to enable trading off slightly longer data delivery delays against resilience to a temporary lack of connectivity between a router and the ultimate destination of an IP datagram. As part of testing the benefit of said mechanism, an extreme network mobility model is proposed, entitled the “PopUp model”: a router appears in the network, and operates normally – then may disable and disappear from the network to appear later elsewhere. Observed to cause severely degraded performance for MANET routing protocols, this model is used for testing the proposed mechanism in OLSRv2-routed MANETs. The proposed mechanism shows to vastly increase the data delivery ration, with reasonably low increases in delays and control traffic overhead incurred.