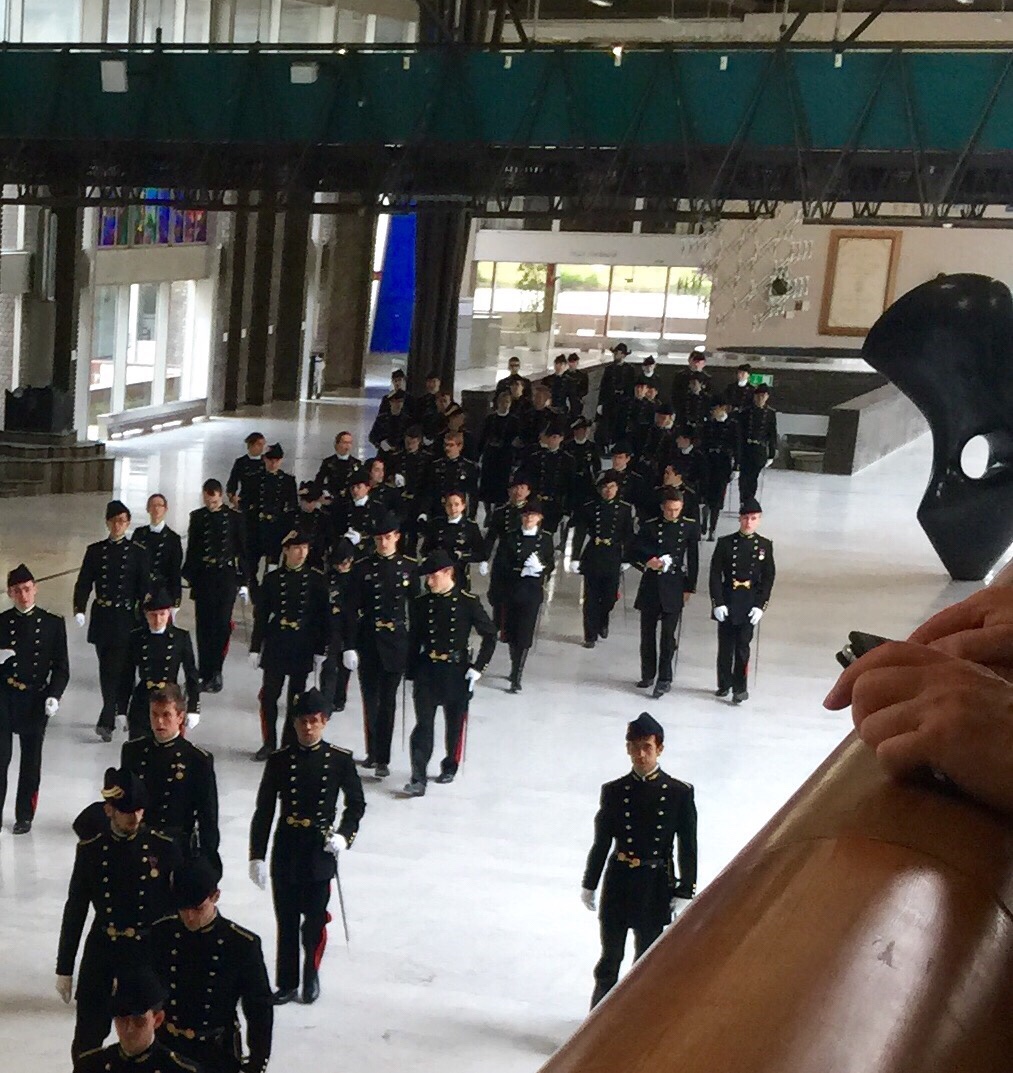 I have since received a couple of questions, some of which went beyond “Who’s the person to contact regarding my scientific topic ????” — and which rather were variations over “Beyond the job description, what are you really looking for in a candidate for a faculty position at Ecole Polytechnique?”

I want to answer those questions. But, as I am part of the recruitment process for some of these postions, I figure that the only fair way to do so as public as possible … hence this post.

Thus, this is my very personal view on some of the qualities I am looking for in prospective candidates. It is not a “check-list” where a candidate must satisfy each item, for me to be happy. And it is not, in any way, shape, or form, official policy from Ecole Polytechnique, from the Department of Computer Science, or from the recruitment committees. It’s only a personal view on qualities (beyond academic excellence) that I am sensitive to.

It really goes without saying that scientific excellence – a strong publication record, etc., – is something that I simply just assume a given for all candidates. But, besides that….

You must love teaching. It’s a little strange that it’s necessary to  write this, since teaching ought to be understood as our bread-and-butter — but it sadly is. If you’re not absolutely loving teaching, and working with (also, non-PhD-)students, but consider “teaching is a due I have to pay, for being able to have a research gig”, then you really should apply to a position at pure research institutions such as INRIA or CNRS instead. Personally, I am particularly interested in candidates, who come with some some “unique” or “non-traditional” pedagogical experiences or ideas, and who’s interested in developing such with colleagues at Ecole Polytechnique. “CS10x – Introduction to XXX” excites you. A good candidate is – of course – perfectly competent to give an excellent, graduate-level, course in her or his research speciality. A great candidate is – also – committed to giving exciting 100-level “Introduction to XXX”-type courses. There are several reasons for this … with the most mechanical being that there’s a lot of students in these courses, thus the need for a lot of faculty to take care of them. To me, however, a more important reason is that it’s at their freshman year that students either become excited, or disgusted, by a topic – and that this, most often, is by the teachers’ excitement “rubbing off” on the students. Personally, I am particularly positive towards candidates, who either have a “broad” teaching background (a little less relevant, or reasonable to expect, for assistant professor candidates), or who have at least some experience with instruction from outside of their main speciality.

You really should be fluent in English. At Ecole Polytechnique we have a number of different programs, which are explicitly marketed as being “English Language”, and which attract a significant majority of non-French speakers. This includes our Bachelors program, our graduate degree programs, and several of our research masters programs. Even the “most French of the French programs”, our Engineering program, has about 20% international students — many of whom are more comfortable with English than with French. Thus, you will find yourself teaching in English – unequivocally. One of the comments most frequently made made by students is, that it’s very distracting when their professors are teaching in English but clearly are not “comfortable” in that language — i.e., they are not “thinking in that language” – so, that’s something I would want to be reassured won’t be a problem. (For the record, both English and French are foreign languages to me, personally). On a personal note…when I moved to France 20+ years ago, I literally didn’t speak two words of French, and I never had a French class in school. It’s perfectly feasible to get by like that in France – and I’ve been lucky to have patient and understanding colleagues, encouraging and helping me to learn. I take it as given that that is not an exception.

You know what Poly-technique means. All the open, full-time, faculty positions are somewhat cross-disciplinary. I’ve, for example, described the two AI positions as “AI as applied to ___” since the recruits are expected to bring their competencies and ressources to strengthen existing research teams (and, not necessarily, both to the same research team) in the department of computer science. As for the “cybersecurity” position, that’s almost by construction a domain of intersection. Thus, I am particularly looking for candidate who can show to be comfortable “working on the frontier” of several scientific domains. This also goes to for teaching, as it happens: one of the best experiences I have had was when by pedagogical team in an “intro to networking” course included a “logician” and a “complexity theorist”. You care about the real world, and about industry. While Ecole Polytechnique, and the Department of Computer Science, has a strong and proud tradition of fundamental and theoretical research, it is my belief that the positions opened are – in part, at least – targeting applied and applicable research and teaching. Ecole Polytechnique is, at its core, an engineering school – thus part of what we produce are graduates who will exercise that craft…in industry. Research-wise, it goes without saying that cyber-physical systems, cyber-security, and AI, can source great inspiration in problems from industry. Thus for these positions, I am personally sensitive to candidates who have had more than accidental industrial exposure. One question, that I have had more than once in this recruitment round, is “are my bibliometrics good enough to apply for a position at Ecole Polytechnique?” I’ve posted on this blog a few time what I think about bibliometrics, and I won’t repeat that here. Citation counts, and h-indexes, are somewhat domain (& country…) specific – and what may be “excellent bibliometrics” in one scientific domain, may be mediocre in another. My recommendation on this point is threefold:

Don’t hesitate to contact me and keep the questions coming. And, remember, the dead-line for applications is February 28, 2018.