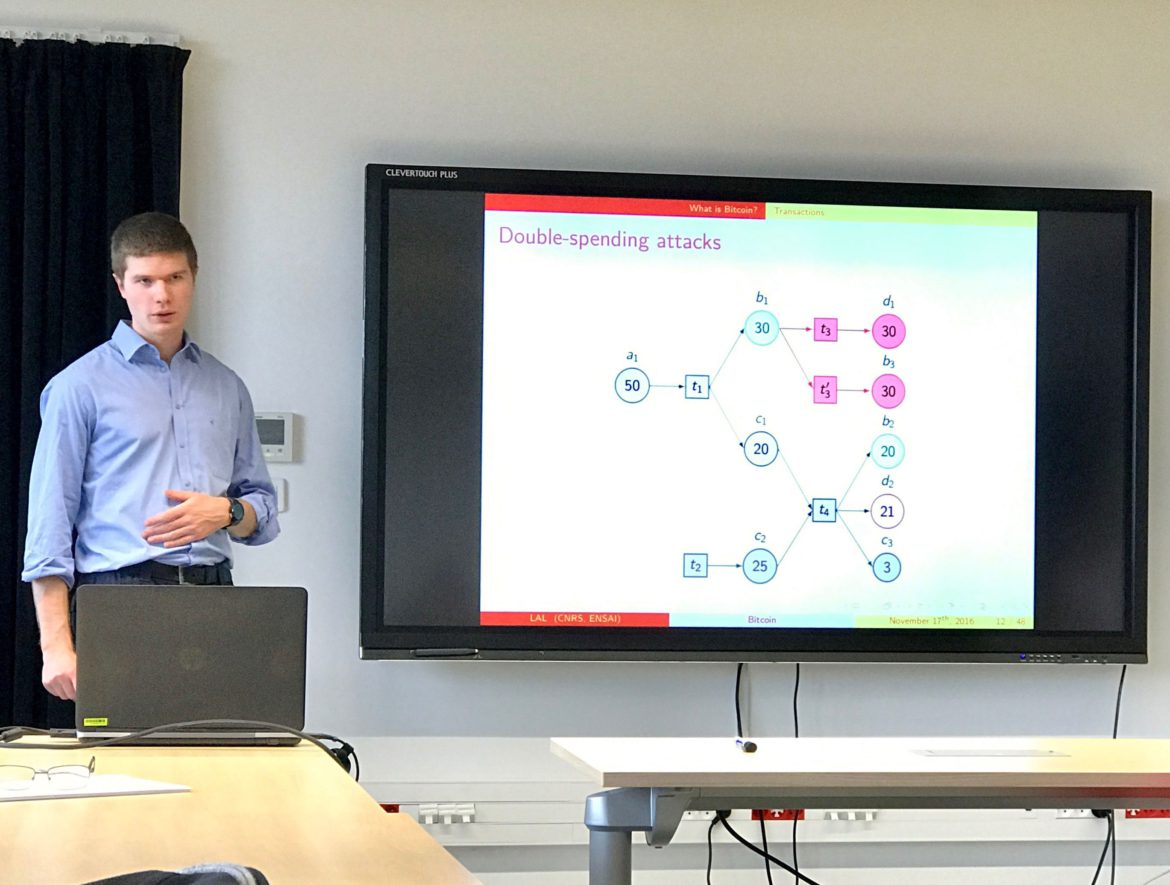 This afternoon a former student, Thibaut Lajoie-Mazenc (X12), came back to Ecole Polytechnique – in part, to simply catch up with old acquaintances – but, also, to present his work on in-depth analysing, and offering an extremely detailed tutorial on, Bitcoin and Blockchains. Bernadette Charron-Bost had met Thibaut in Rennes, where he did his internship, and had organised a seminar, which turned in to a very enthusiastic and far-reaching discussion. Bitcoin being what it is, “the code is the specification”, an impressive amount of Thibaut’s work was argued from the point of his having read, and “reverse engineered” what’s actually in the code – rather than being based on work inferred from papers inferred from other papers. This made the discussion both thought-provoking, and extremely lively.

Some of the work that Thibaut presented has been published here, and is quite an interesting read: