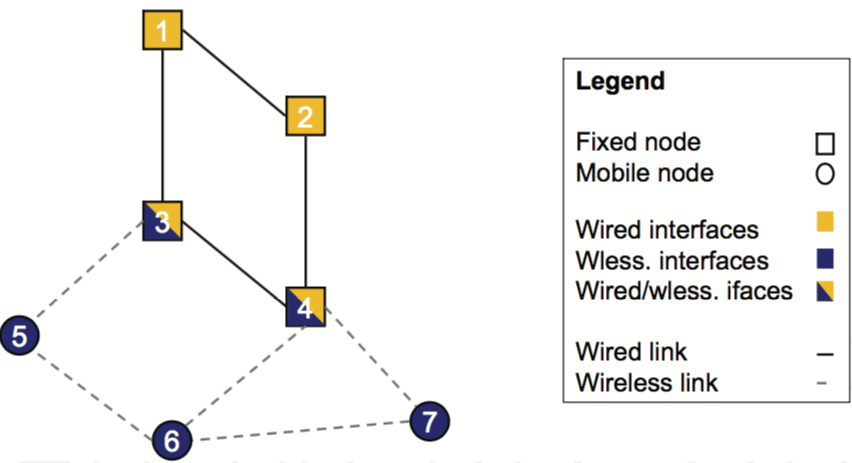 Routing, and more precisely routing within an Autonomous System (AS), is the most basic
and still outstanding wireless ad hoc networking challenge. As the properties of ad hoc
networks are a priori unpredictable and may change dynamically during the lifetime of the
network, no assumptions can be made in general concerning topology, link reliability,
routers positions, capabilities, and other such aspects. Routing protocols operating within an
AS–ie interior gateway protocols (IGP)–must enable each router to acquire and maintain the
information necessary to forward packets towards an arbitrary destination in the routing
domain. Currently, the dominant IGP technology is link state routing, as acknowledged by
reports of Cisco Systems, Inc. such as Halabi (2000). Routing protocols that were designed
for wired, static environments do not perform well in ad hoc networks: even for small …