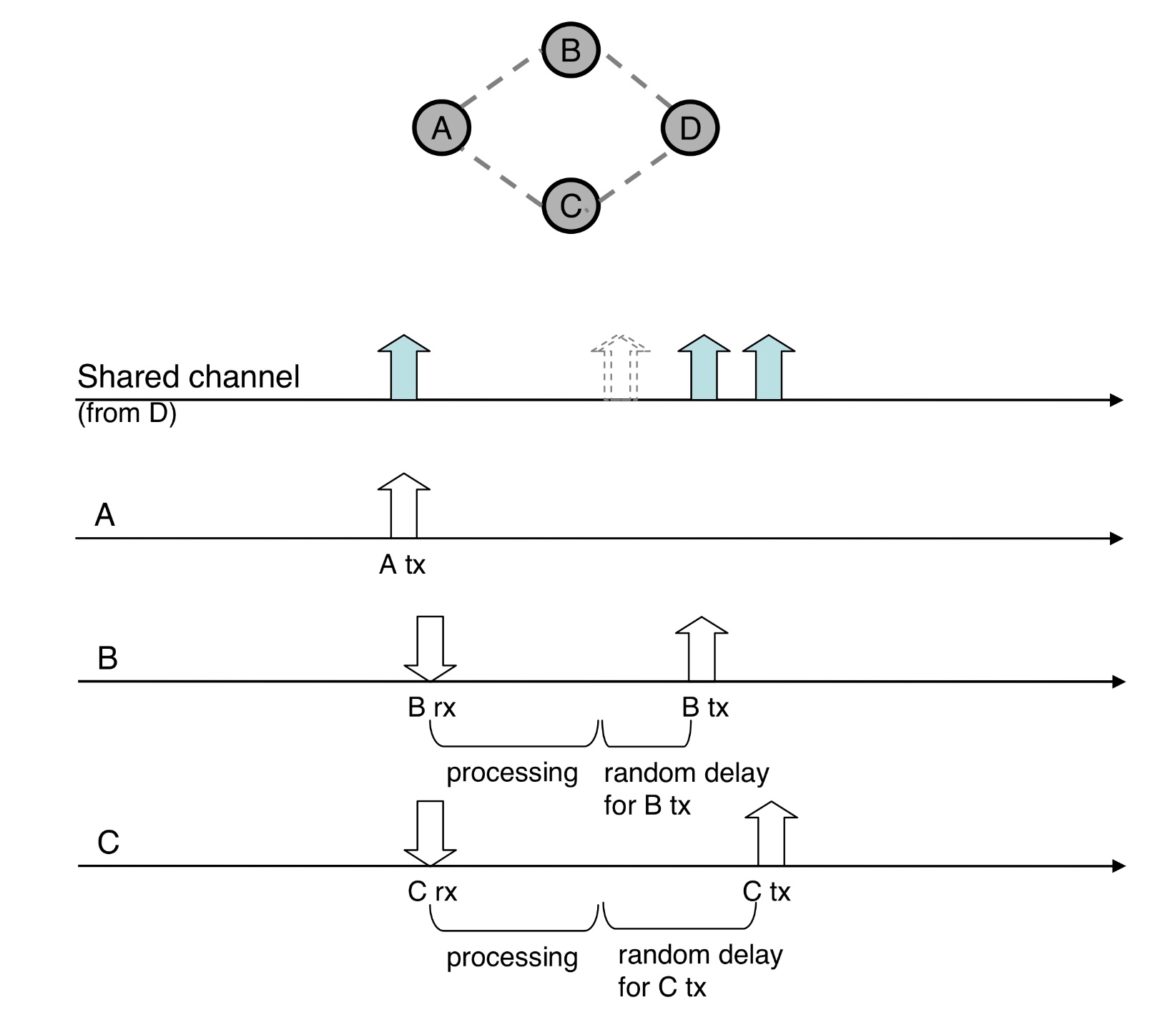 Jittering (a small, random variation in timing of control message emission) is widely used in protocols for wireless communication, in order to avoid simultaneous packet transmis- sions over the same channel by adjacent nodes in the network. Used for both regularly scheduled packets, for event-triggered packets, and for scheduled resets in the network, jittering is a particularly important mechanism when a network event may cause multiple adjacent nodes to react concurrently. Introduced in the proactive MANET routing protocol OLSR, the “LLN On-demand Ad hoc Distance-vector Routing Protocol – Next Generation” (LOADng), a derivative of AODV, is specified so as to also use jitter for flooding Route Request (RREQ) messages during route discovery. This use of jitter in RREQ flooding is, however, not without drawbacks, which are identified and addressed in this paper within the framework of a more general study of jitter mechanisms used for route discovery in reactive routing protocols. The paper studies the behavior of route discovery when using “naive” jitter (simply, delaying RREQ retransmission by a small uniformly distributed random delay), in order to identify and analyze the problems hereof, mostly related to route sub-optimality and excessive control traffic overhead. A Window Jitter mechanism is then proposed to address these issues – with the performance hereof, when compared to “naive” jitter being evaluated by way of modeling, theoretical analysis and experiments. The paper shows that the use of Window Jitter improves indeed the efficiency of route discovery in AODV and overcome the drawbacks identified for “naive” jitter.