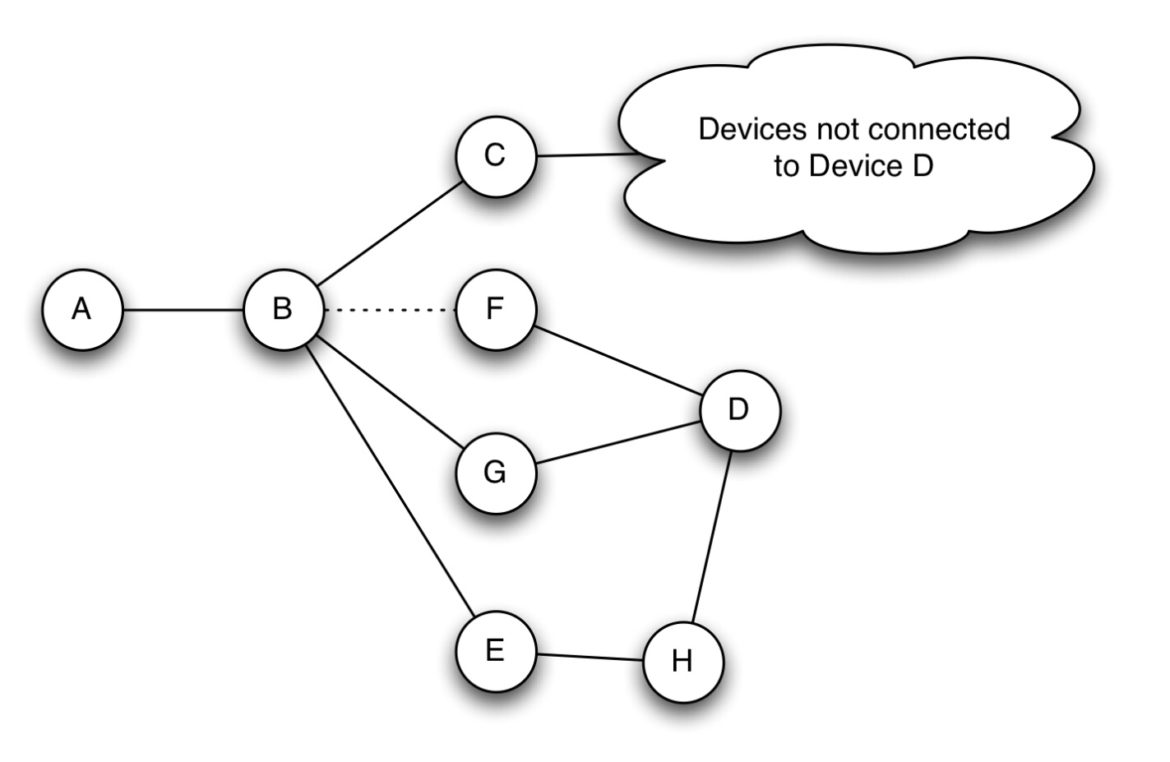 Data delivery across a multi-hop low-power and lossy networks (LLNs) is a challenging task: devices participating in such a network have strictly limited computational power and storage, and the communication channels are of low capacity, time-varying and with high loss rates. Consequently, routing protocols finding paths through such a network must be frugal in their control traffic and state requirements, as well as in algorithmic complexity – and even once paths have been found, these may be usable only intermittently, or for a very short time due to changes on the channel. Routing protocols exist for such networks, balancing reactivity to topology and channel variation with frugality in resource requirements. Complementary compo- nent to routing protocols for such LLNs exist, intended not to manage global topology, but to react rapidly to local data delivery failures and (attempt to) successfully deliver data while giving a routing protocol time to recover globally from such a failure. Specifically, this paper studies the “Depth-First Forwarding (DFF) in Unreliable Networks” protocol, standardised within the IETF in June 2013. Moreover, this paper proposes optimisations to that protocol, denoted DFF++, for improved performance and reactivity whilst remaining fully interoperable with DFF as standardised, and incurring neither additional data sets nor protocol signals to be generated.