One more down: RFC8116 on Security Threats to OLSRv2 just out 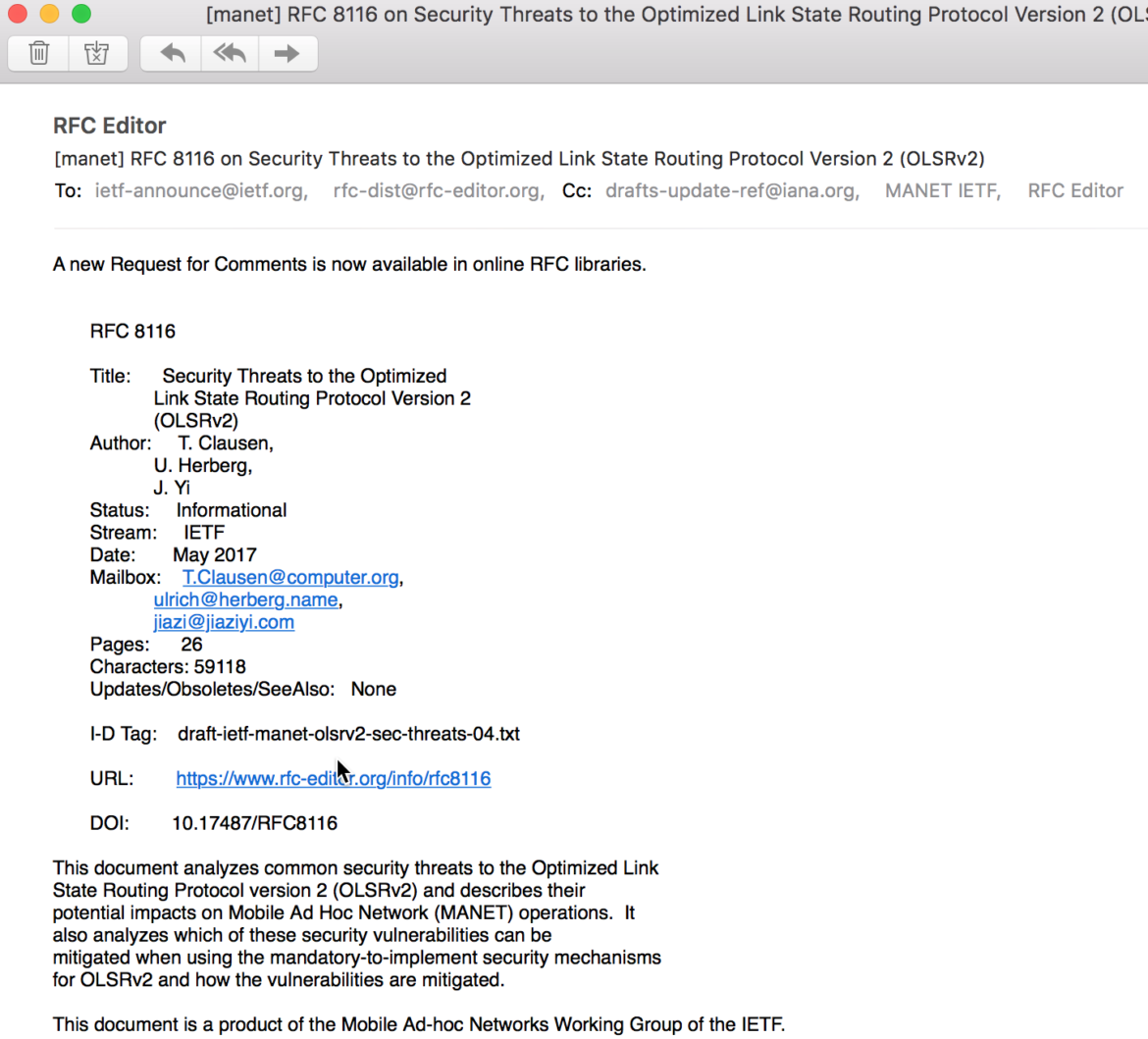 The long-in-the-process RFC 8116 finally hit the repositories last Friday. The abstract of this document goes:

This document analyzes common security threats to the Optimized Link
State Routing Protocol version 2 (OLSRv2) and describes their
potential impacts on Mobile Ad Hoc Network (MANET) operations.  It
also analyzes which of these security vulnerabilities can be
mitigated when using the mandatory-to-implement security mechanisms
for OLSRv2 and how the vulnerabilities are mitigated.

This document is part of the wrap-up of the OLSRv2 suite of documents. With the protocol being long completed (& implemented & deployed, of course), what remains in the pipeline are documents such as this (reflecting on security), some experimental extension for multi-path routing (which is winding its way through the IESG right now), and a document specifying how to properly use RFC5444 – one of the OLSRv2 constituent parts – in protocols or protocol extensions, so as to avoid interoperability problems and avoid impeding extensibility. This document is currently in AD Evaluation, to hopefully hit the IESG shortly.

Have a look at the OLSR(v2) webpage – and at this new RFC.