Fool me once: shame on me – Fool me twice: never buy another panic.inc app … 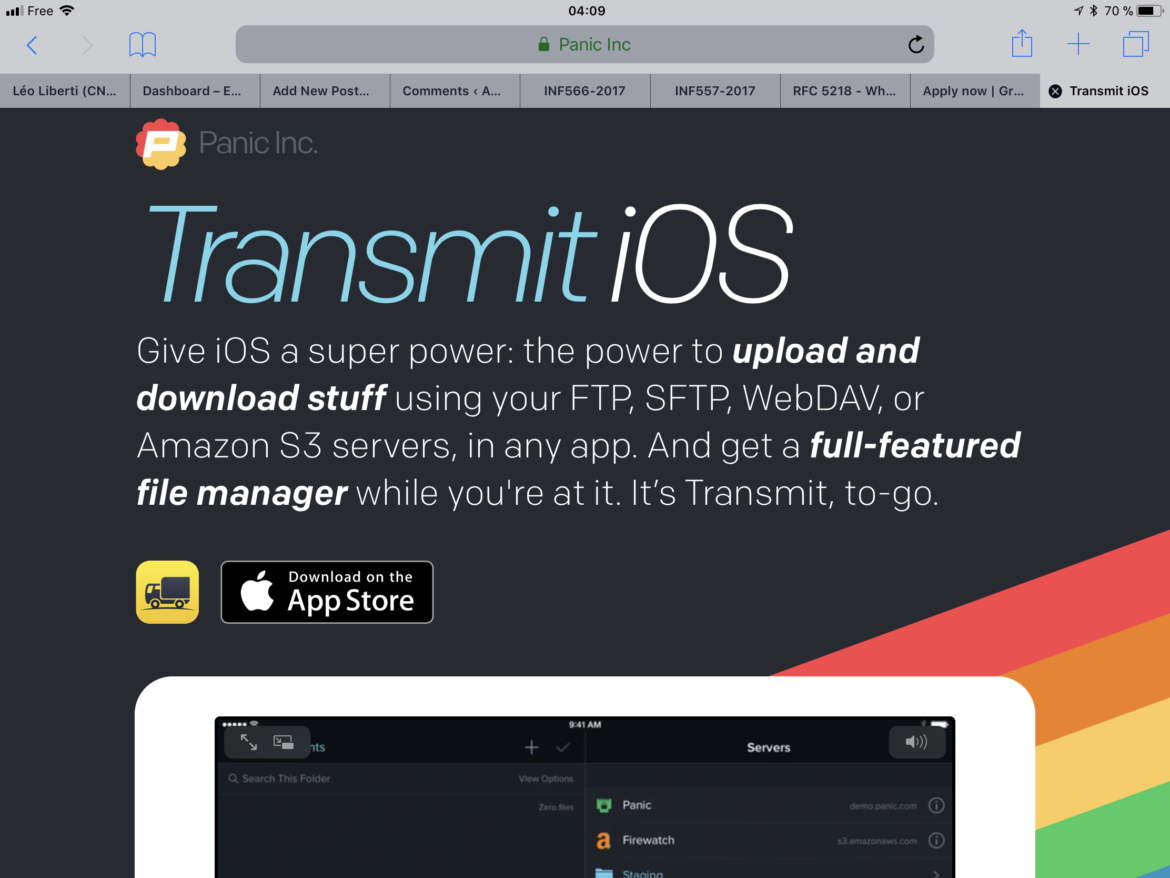 Just this week, panic.com announced the discontinuation of Transmit for iOS. Here’s how Panic Inc. still presents that app on their website: “Give iOS a super power: the power to upload and download stuff using your FTP, SFTP, WebFAV or Amazon S3 servers, in any app …”

Brilliant for sending photos to clients
As a photographer who has been using Transmit on a Mac for a very long time I find this to be the best FTP client on iOS devices for my needs. Not only does it work really with the iOS11 Files system but it can output straight from Lightroom CC too. Possibly the best bit is the sync between the Mac OS version which transfers all of you favourite server settings to this version and vice-versa. If all of that isn’t enough, Transmit has proved to be ultra-reliable on both the iPad and iPhone

Yup, I’m one of the people who has bought, and has come to rely on, Transmit. And who, therefore, feel burned by Panic.inc.

Because, see, it is not the first time that Panic.inc had a hugely popular (and, well designed and implemented) app which I relied on, and which they discontinued. Their previous stunt was to discontinue Status Board – citing essentially the same reasons as for Transmit, and which seems to be:

We know that people like it, but rather than work out an economic model that works, we’re going to abandon the app because we don’t care about our customers.

Yeah, I can still download both apps from the Apple App Store. But for Status Board, it barely works — most “widgets” are broken, a “trick” is required to even launch it without crashing (in case anyone cares: turn off location services access for the app). Essentially, Status Board is, already a year after the “discontinuation notice” (which came with a promise that it would “keep working for a while”) useless.

So now, Transmit is heading down the same path. Given the track record of panic.com,  one would be a fool to not expect a bis-repetita of the Status Board behavior: the company thinks exclusively in the short term, terminating applications that people use and like — apparently oblivious to the damage that it does to their good will.

But, lesson learned…twice-fooled by panic.com, I have bought my last app from them — on any platform.