Cybersecurity: This Is Not Just Theory – by Jean-Charles Griviaud, Cisco France 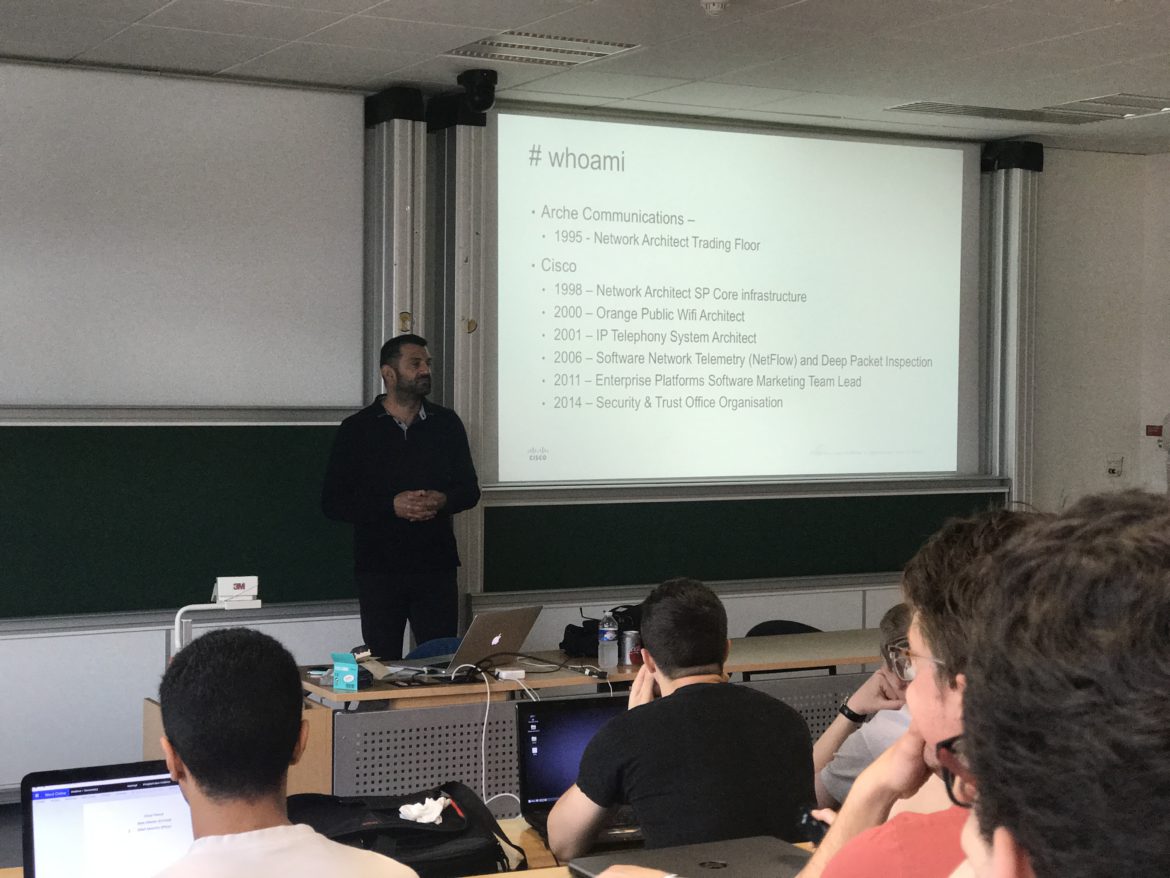 One of his first points was: in the past, Cybersecurity has been a challenge for network engineers – but, with the amplification of attack surfaces (objects, cars, computers, …)  and attackers (BotNet’s beyond just computers, but onto the IoT), we need to bring science into the game: for detecting that an ongoing attack before the attack type has been classified, etc. Of course, Jean-Charles managed to cactivate and (and, in his usual style, also entertain) a packed amphitheater. Extremely interesting talk – and a big thanks to Jean-Charles for coming educating us, and our students!