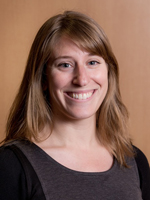 The IETF NomCom has just announced its appointments to the various leadership positions within the IETF. The announcement is here.I am especially thrilled to see Alissa Cooper from Cisco having been appointed as IETF Chair.

As far as I remember, that’s the first time a woman has been appointed to that position. But …

… that’s NOT why I am thrilled that Alissa has been appointed.

I’m thrilled because the IETF – as an engineering organisation – needs a true-blue Engineer at its helm. And Alissa is that, first and foremost. From among the many competent candidates, she was found the most competent, by her peers…by other Internet Engineers.

So, not really “congratulations” Alissa, but thank you, from one engineer to another, for assuming this thankless task for the next two (or four) years. I couldn’t think of a better (woman or man) for the job!

And next time you’re in France, come by Ecole Polytechnique and say hi.